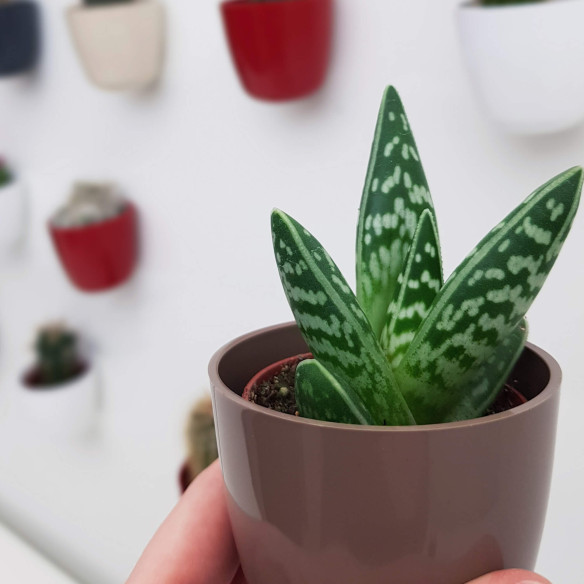 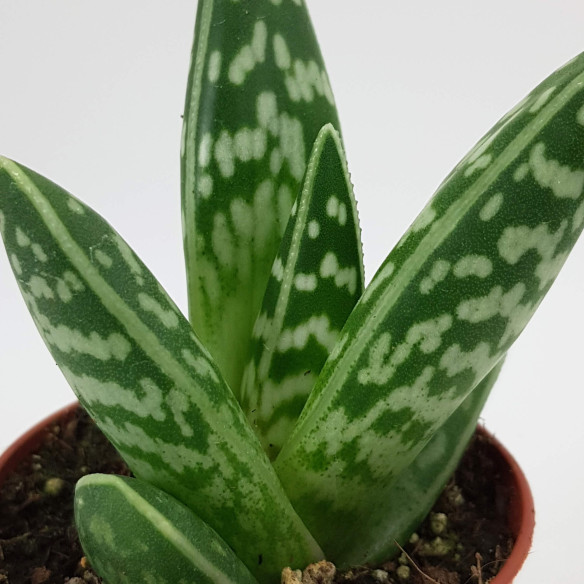 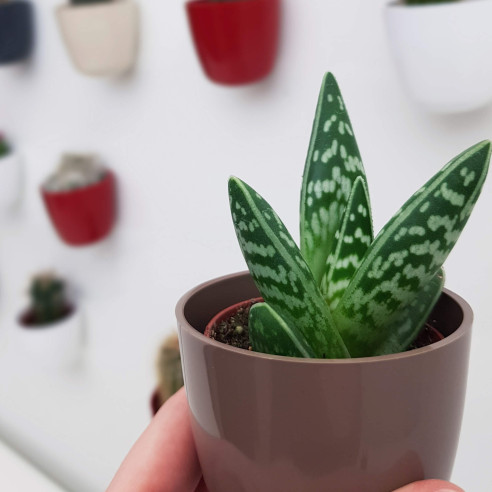 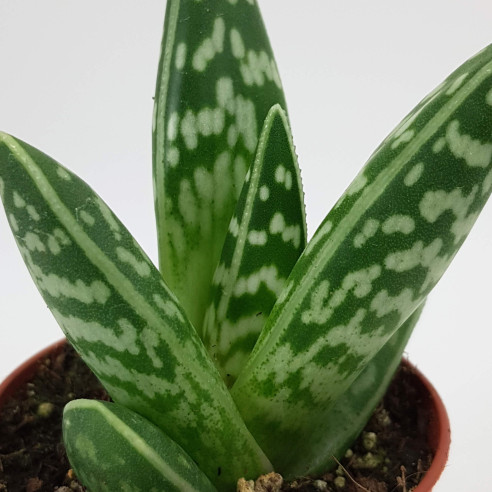 Light
It loves bright and airy environments, but away from direct sunlight (especially in the hottest months) and drafts.
However, it adapts quite well to various exposure conditions.

Temperatures
It loves high temperatures; the ideal cultivation temperature varies between 20 and 24°C.
The Variegata species can withstand colder temperatures than other varieties of Aloe, but it is still preferable not to go below 5°C.

Watering
Aloe is able to resist drought, but does not tolerate water stagnation. One of the most frequent problems in the cultivation of Aloe, in fact, is the rot of the plant due to excess water. Therefore, as with all succulents, it is necessary to make sure that the soil is completely dry before giving water again. Water a couple of times a week in the hottest season, maximum once a month during the winter.

Flowering
It begins to bloom with the arrival of spring, producing a long inflorescence (up to 30 cm!) with pink-red or yellow flowers arranged in clusters.
Especially in its natural habitat, its red flowers attract numerous birds and insects, contributing to the spread of the species through pollination.

“Succulent” facts
Native to a large area from South Africa, to Madagascar, up to Arabia, Aloe Variegata is an ancient plant, known for millennia.
The Egyptians considered it necessary to obtain immortality, which is why they often planted it at the entrance to the pyramids.
Over the centuries, then, people would place an Aloe plant at the entrance to the gardens, because they believed that it was able to keep evil spirits away from one's home.
Even today, giving an Aloe plant as a gift means wishing a long and happy life. Aloe stands out from other indoor plants for its ability to release oxygen and absorb carbon dioxide during the night. For this reason, it is perfect in the bedroom. 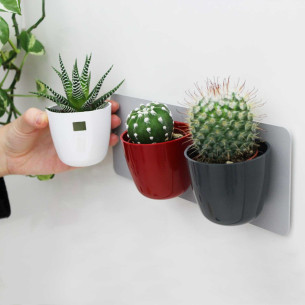 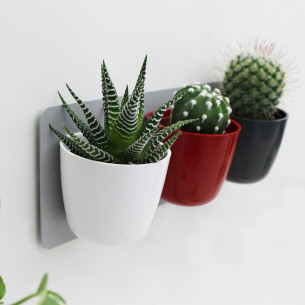 3220
€32.95
This Kit includes: - 1 magnetic chalkboard 9x24 cm - 3 magnetic cachepots Ø 6 cm - 3 succulents (plants may vary and differ from those shown in the photo, depending on availability) Choose the color of the chalkboard and all its accessories, and customize your kit!
View 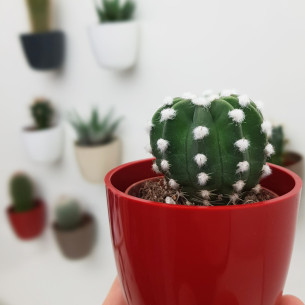 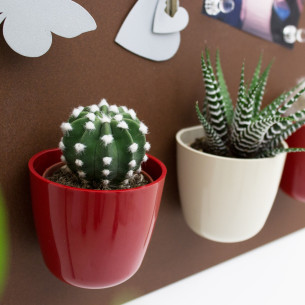 0321
€7.68
Why choose me? I am a succulent plant that is easy to grow I am very nice: I have no thorns and they call me "Easter cactus"! my flowers are really beautiful, they are often bigger than me
View 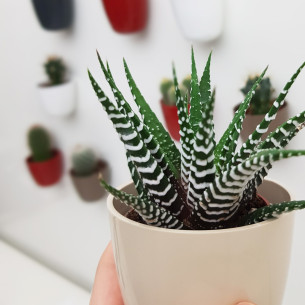 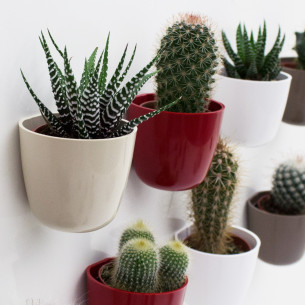 0421
€7.68
Why choose me? Because in addition to being beautiful, I am also good: I have no thorns! I don't need a lot of care I live a very long time
View 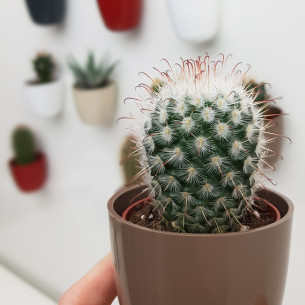 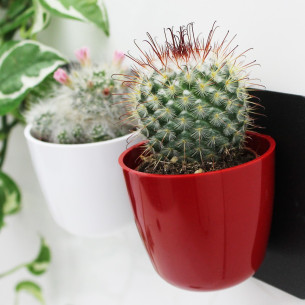 0621
€7.68
Why choose me? I can withstand even lower temperatures than my "colleagues" I need very little water my spines are very particular, reddish and hooked
View 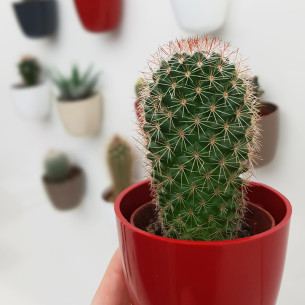 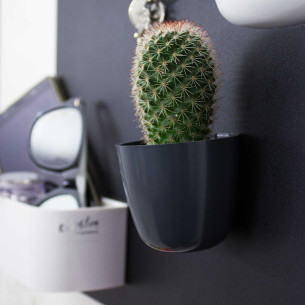 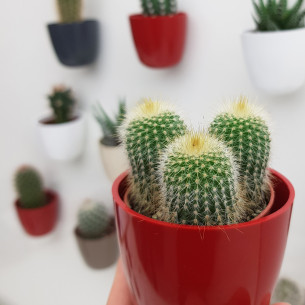 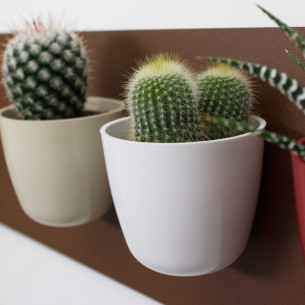 1021
€7.68
Why choose me? I don't need a lot of care and I'm easy to grow I can also become very large, creating new stems at the base my flowers can be even bigger than me!
View 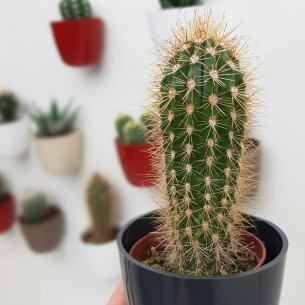 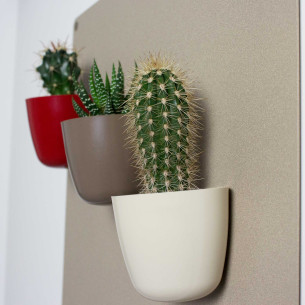 1121
€7.68
Why choose me? I am the largest and tallest of the KalaMitica plants I am very long-lived I am very easy to grow, just keep me in a warm place
View 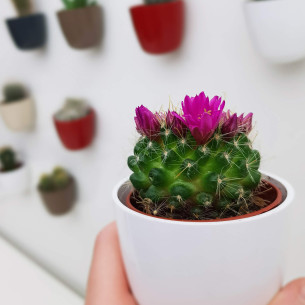 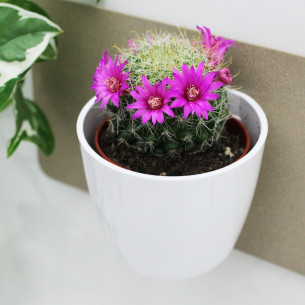 1321
€7.68
Why choose me? Among the various species of Mammillaria, I am the one that produces the most flowers! I grow quite fast, but I never get too big I bloom several times a year, until autumn
View
Tap to zoom