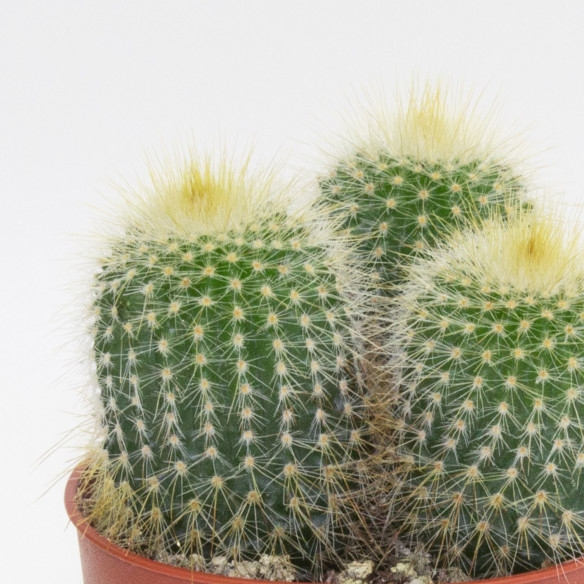 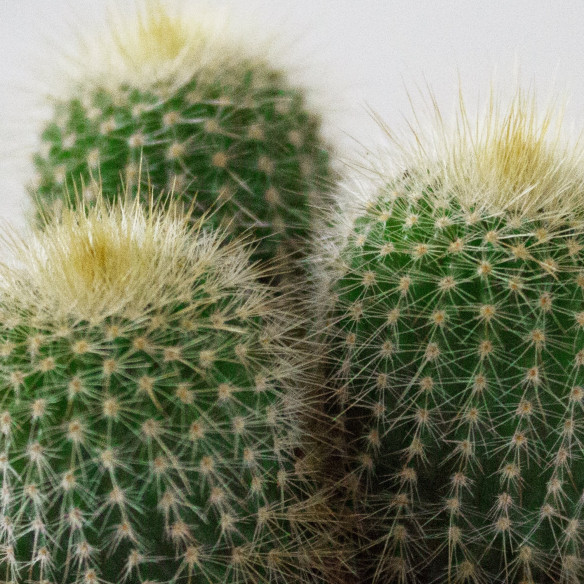 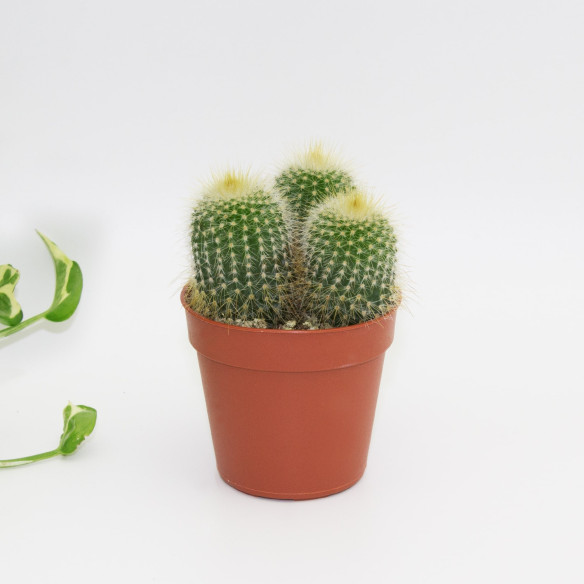 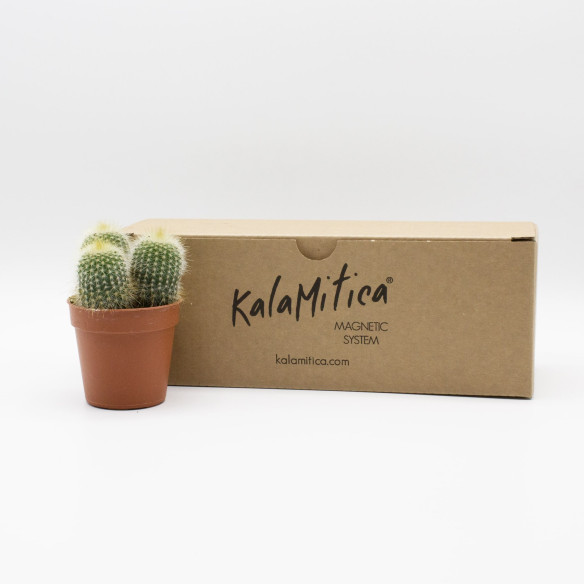 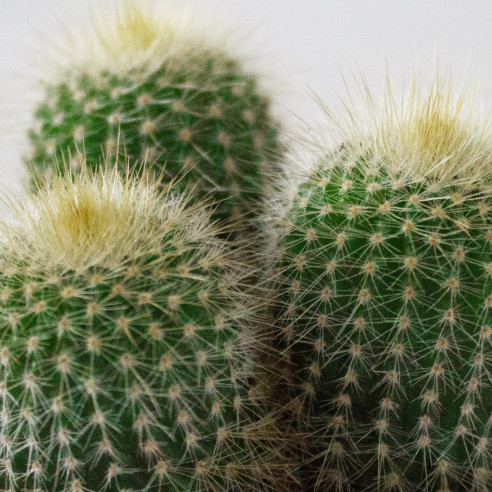 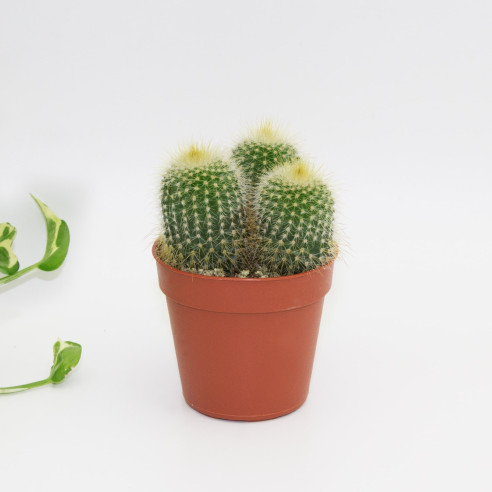 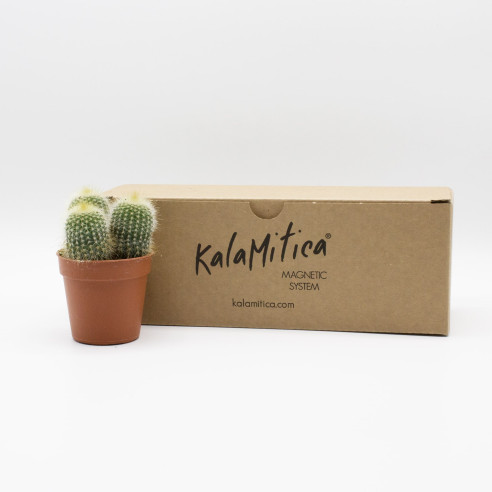 The stem of the Notocactus leninghausii is initially globular, but over time, it develops in height, becoming columnar.
It tends to generate numerous stems starting from the base, thus forming groups of various specimens.

Light
It prefers very bright environments, and can also be placed in full sun.
However, in summer it is preferable to protect it from direct rays, especially during the hottest afternoon hours.

Temperatures
In its natural habitat, winter temperatures reach even -4 ° C, so it can withstand the cold quite well.
However, it is generally recommended that you repair it or keep it indoors during the colder months.

Watering
From spring to autumn, wet only when the soil appears dry (better use a good draining soil, which does not stay wet for too long).
From the end of September, gradually reduce the amount of water, then completely suspend watering when temperatures reach 10 ° C.

Flowering
It blooms in summer, between June and July, usually only after the fifth year of life.
The flowers, of a beautiful light yellow / lemon yellow colour, arise on the top of the plant, in the centre. Often they are large enough to obscure the plant itself!

“Succulent” facts
This species is named after the Brazilian collector Guillermo Leninghaus.
The name of the genus Notocactus, on the other hand, derives from the geographical area of ​​origin (the Rio Grande do Sul region, in southern Brazil), which is located further south than that of most of the other cacti. "Notocactus" derives from "Notos", which is the ancient name of Austro, a wind that blows from the south. In fact, very hot winds blow in this region.
Sometimes, the Notocactus genus is known also by the name of Parodia, by the Italian naturalist and botanist Domingo Parodi. 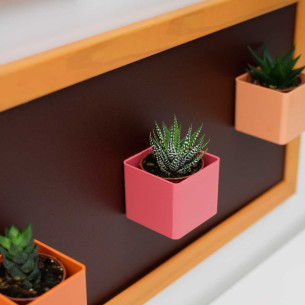 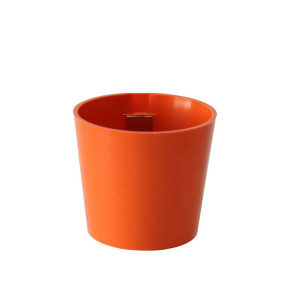 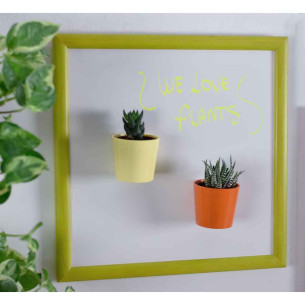 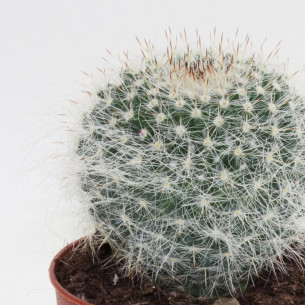 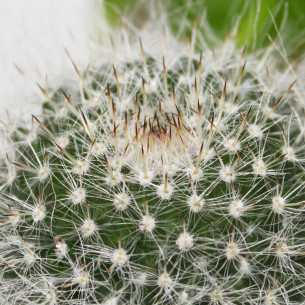 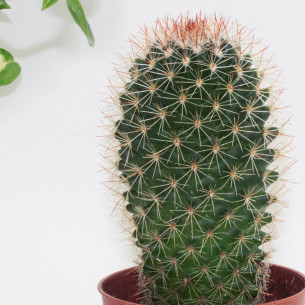 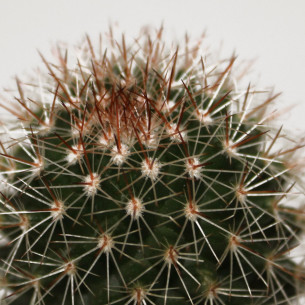 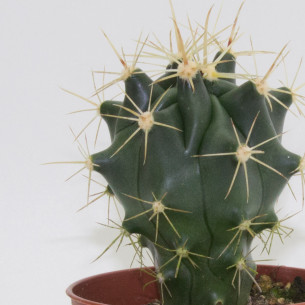 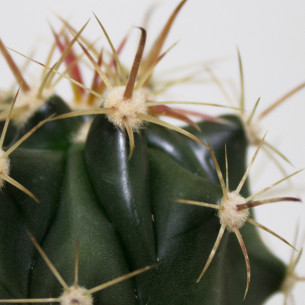