KalaMitica: Why did you organise a photo exhibition in Canale di Tenno?


Antonio Sgaravatti: Hello, my dear KalaMitica, do you know that if it wasn't for the "Casa degli Artisti" in the beautiful village of Canale di Tenno, you might never have been born?


K. What are you talking about?


A.S. I'll tell you right now, because it's a really good story.

It all began in the 1970s: the village was dilapidated and abandoned; the houses were crumbling due to neglect and time.

The village was abandoned because many of its inhabitants had moved abroad or to the nearby town of Riva del Garda.

Luckily, some artists arrived and, seeing the potential and beauty of this medieval village, decided to revive it.

So, they restored a first ruin and called it "La Casa degli Artisti". During their study and work stays, these renowned artists would donate their works to the structure so that they could be sold to help defray expenses.

I remember that we would all meet to eat and discuss in front of the fireplace in the large kitchen, while upstairs were the studios where they worked and painted.

It was a kind of artistic community, an incredibly stimulating environment, where ideas, painting and sculpture techniques, cultures and opinions were exchanged.

Despite being very different from each other, these eclectic and extravagant artists were united by their love for the beauty of the village and the surrounding landscape, with its beautiful lake. They all had a common dream, that of reviving the village and turning it into a real artists' village.

I was very young, in high school, when my father decided to buy and restore a ruin in this still abandoned village.

It was not a real house; it had been completely abandoned for a long time, had medieval walls, it was roofless and unsafe.

Think of Mum's face when she saw the inside of the house: everything was dirty and abandoned, the interior was as attractive as a slimy slug can be... in short, she didn't really agree!

But dreams are dreams, and in the end love for Dad prevailed.

They bought the ruin and started to fix it up.

K: That's a nice story, but what does it have to do with me?

If I have to tell a story, then let me tell it, I know you're a child of these last few years when haste prevails over everything, but I'm old-fashioned, let me take my time.

Back then, when the work began, every weekend we would go there to follow the ongoing restoration. Once the roof was rebuilt and the shaky walls solidified, the real work began for me and some of my close friends.

Of course, we were purely manual labourers, certainly not experienced 'bricoleurs', but we learned a lot working alongside real artists.

In that village, and at that time, the characteristics of Renaissance workshops were reproduced, where apprentices learned from masters.

Being in close contact with carpenters, masons, blacksmiths, painters and sculptors taught me to see forms through matter.

While they worked, I indirectly learned to understand that a piece of wood can become a step, a piece of iron the structure of a staircase, a piece of clay can be transformed into sculpture, come to life and transfer emotions.

That is why I am convinced that it is also thanks to this experience that you were born!


A.S. Yes, dear, but don't let it go to your head! You're still a piece of plastic with a magnet... you're beautiful and very attractive, but you should have seen what they could do! 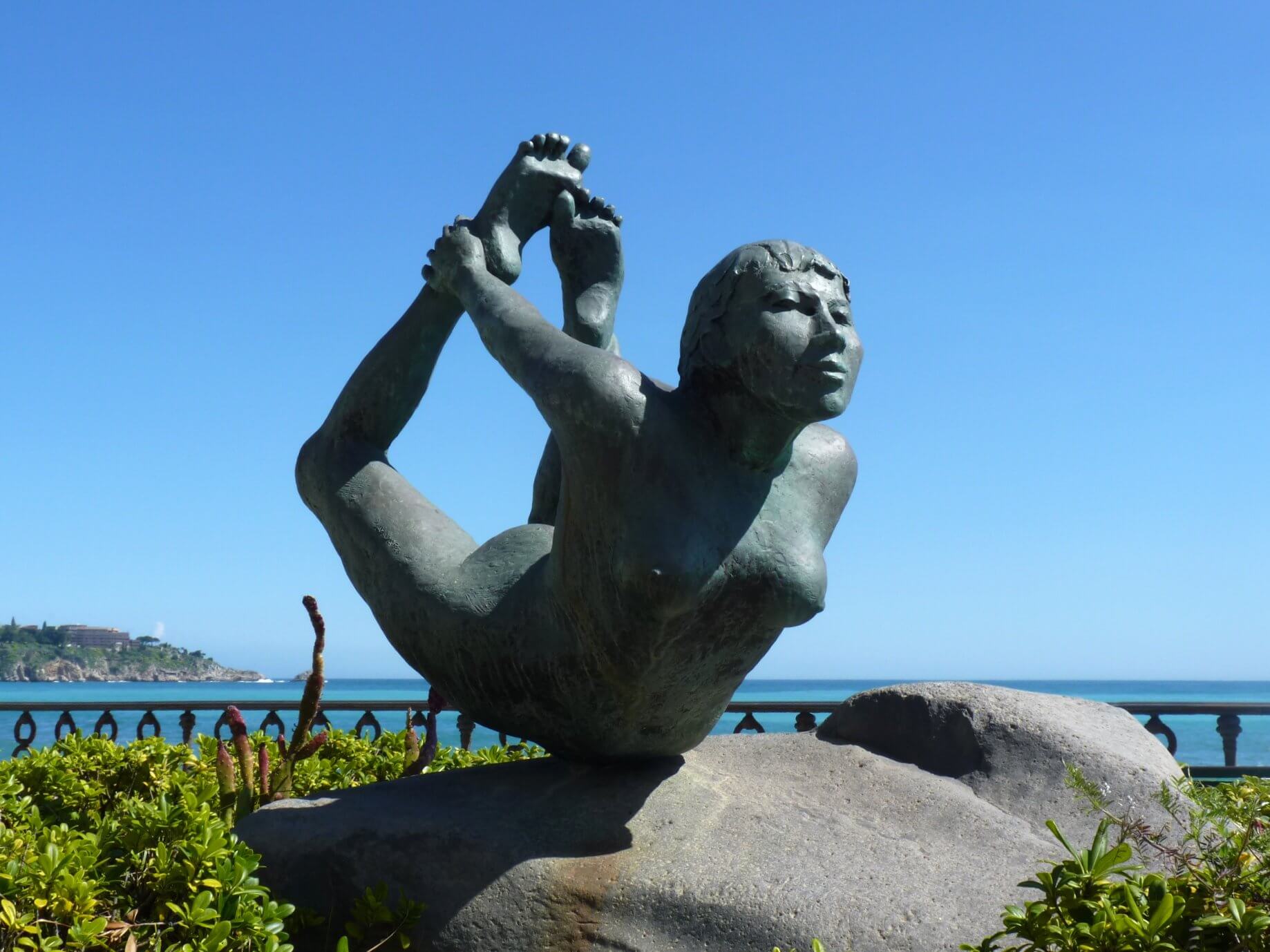 K: Now I'm really curious. Tell me about the exhibition!

At that time, I had a passion for photography and, together with my classmate Luca Guzzonato, I started going around the village collecting images and stories from the elderly inhabitants.

With the photographs and writings from that time we organised an exhibition at the Casa degli Artisti...just think, it was 43 years ago!

Last year, however, I visited an exhibition in memory of the artists involved in the rebirth of the village. Talking to the curator, Roberta Bonazza, I told her about this collection of photos taken by Luca and me. Roberta immediately showed an unexpected enthusiasm, asking us to propose the exhibition and a catalogue recalling those years.

And here we are! La Casa Degli Artisti is ready to host this new exhibition, and the opening will be on Sunday 12 September, at 11.00 a.m.


By the way, I will take you to see the village, which is now considered one of the most beautiful in Italy.

Now do you understand?

You are also a little part of this beautiful story.